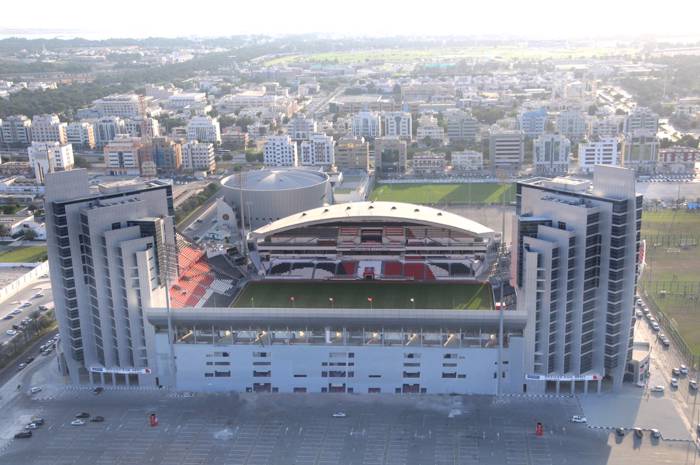 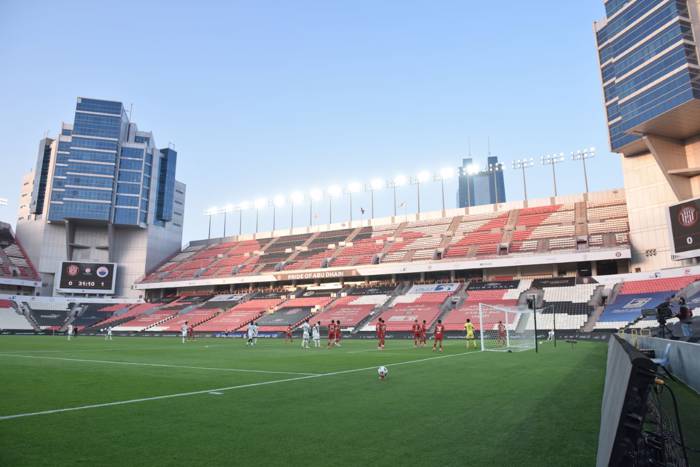 The stadium has been Al Jazira’s home since 1980, it was renovated and expanded in 2009. With a capacity of 37.000 seats, it is the largest club football stadium (and second-largest football stadium overall after Zayed Sports City) in the United Arab Emirates.

The executing company for the expansion project has executed so many worldwide projects, and it applied the ‘UK Soccer Experience’ on the stadium.

The stadium is an outstanding project in the region and the world, for its unique architect design and its multiple fully air-conditioned platforms and stages, and the excellent and smart design of the seats, which helps the audience to watch the matches and events from a very close range. 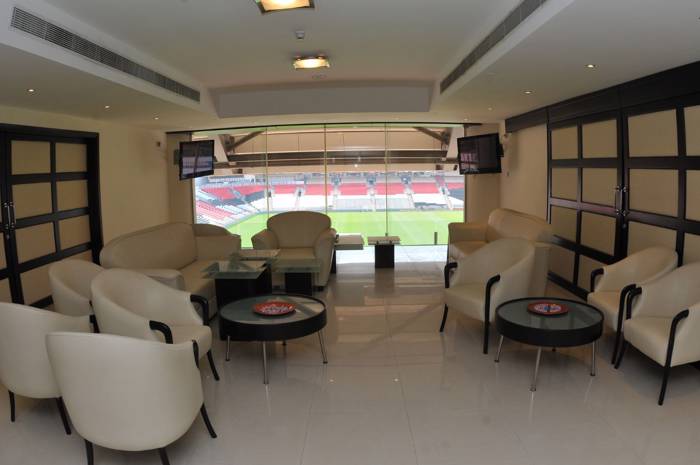 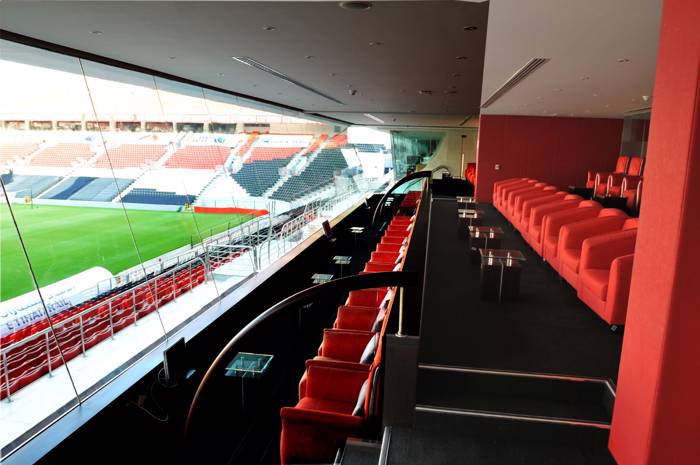 The stadium called as (Glory stadium) because it hosted and witnessed so many historical and important matches and victories for the different UAE national teams. The stadium hosted matches of the 2003 FIFA World Youth Championship, and also hosted the matches in the 2009 FIFA Club World Cup, and also the 2010 FIFA Club World Cup along with Zayed Sports City, and recently the AFC Cup of Nations 2019.

The ground floor contains a fully equipped clinic, three dressing rooms, health club, gym, and offices. There is a press conference room, a media workstation, and anti-doping center in the first floor. The second floor contains three TV studios, and VIP cabins. The biggest VIP lounge lays at the third floor and it fits for 100 persons, besides a special majlis. The 4th and 5th floor are all dedicated to the VVIP’s and the 6th floor contains commentary booths and control room. 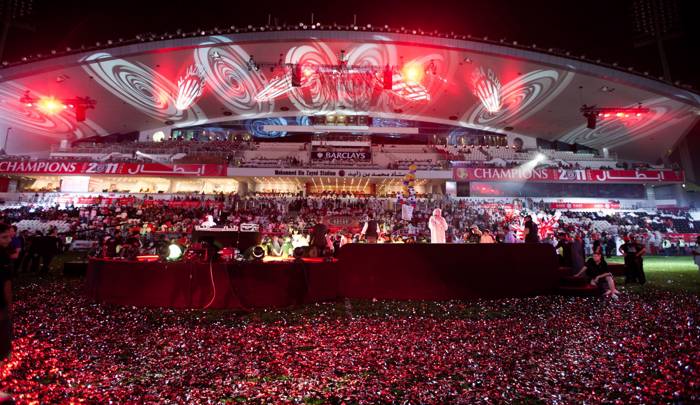 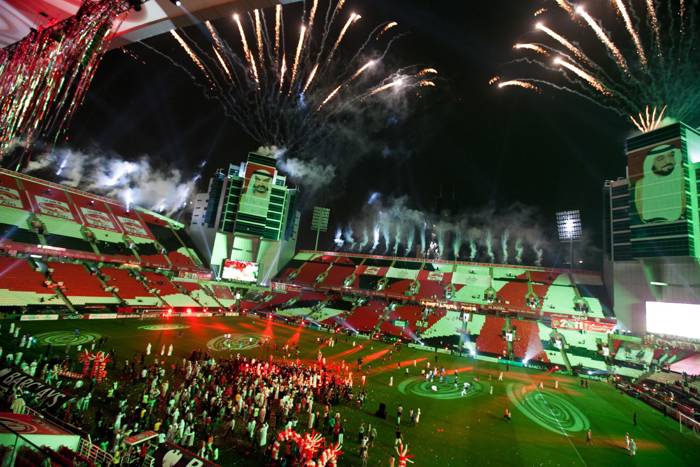 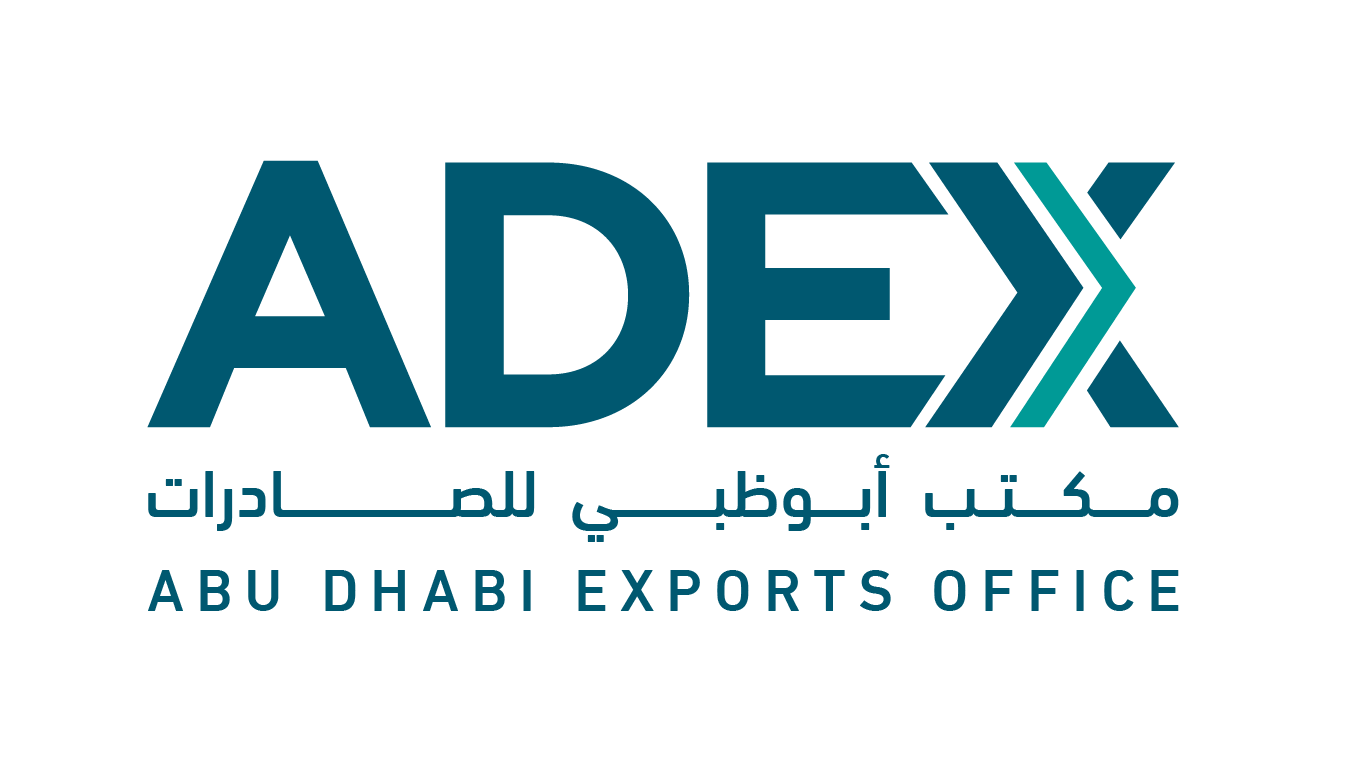